So I wasn't really planning on getting a new bike that day but this just seemed like a good deal to pass, and I loved the bike when I rode it. It felt very aggressive and I really loved the style, the components on the bike were pretty nice as well. Hydraulic brakes, mostly Shimano components, better than the ones on the commuter bike I was hoping to purchase at Mec.

This was a 2014 model had a bit of scratches here and there but that didn't take away from the awesome riding experience that it provided. I named him Bob and I'm hoping we could have a lot of adventures together and who knows maybe even visit the Hydrocut :) 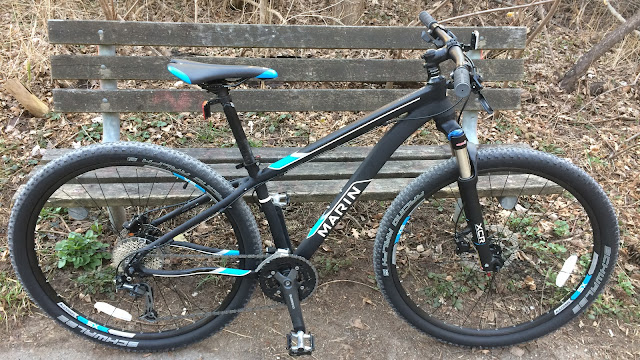 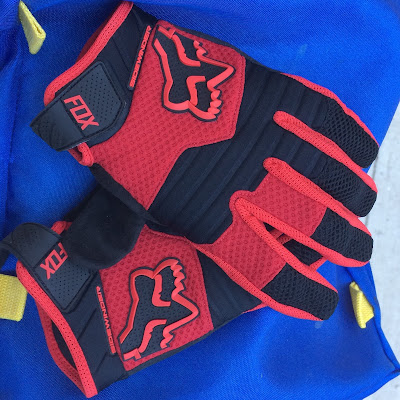 It also came with free fox gloves and some bike safety kit which were basically rubbish.
I wasn't the only one who got to bring home something from Guelph, my wife found an antique looking coffee table made by Heirloom of Canada Ltd. Which I found out later was the same company that made the double deck bed for my kids (Crate Designs). 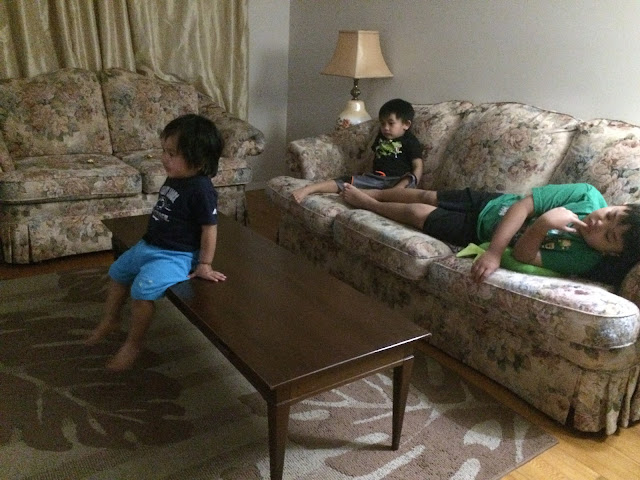 A good repair stand is definitely a worthwhile investment if you have a lot of bikes or if you work on bikes. When I first got started into cycling I got a bike stand about the same price as this one but it sucked, it relied on huge rubber bands to keep the bike secured and eventually those broke rending the stand useless.

So this is basically an early Christmas present according to my wife, really love that it had a magnetic tray so no more missing screws. There is also an adjustable holder for the handlebar so your wheel doesn't sway when you're working on it. I'm totally happy with this stand and could definitely recommend it to others on a budget like me looking of a reliable and stable bike stand.

Here are some of the other features of this bike repair stand: 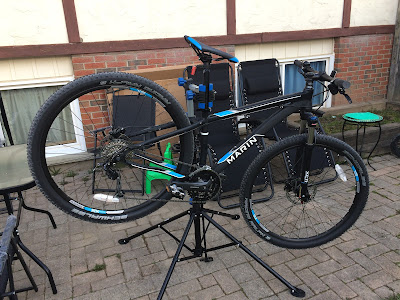 Recently brought home a free bike I found posted online, however after some of the snow melted from it I found out that the chain stay on the non drive side had burst due to water freezing inside. I immediately asked the bike gurus at /r/bikewrench on what to do and to my dismay it turns out the frame can no longer be salvaged and must be discarded as it is unsafe to ride. I wouldn't really want to be riding that thing when the chain stay finally gives up and break!

That was a major bummer, however all is not lost as I was able to salvage some pretty good parts from it. 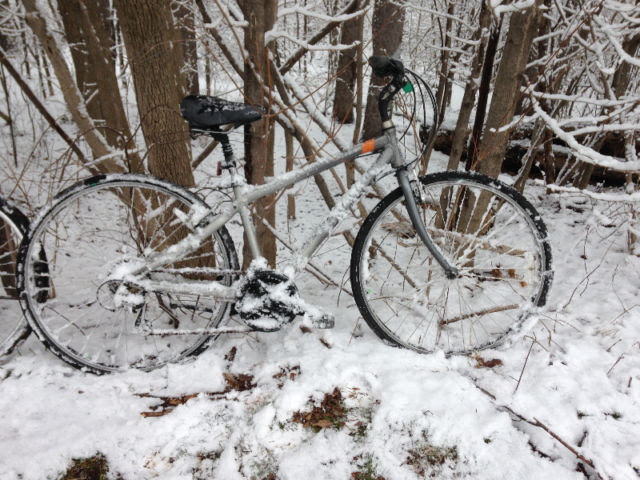 The Giant Cypress that wasn't meant to be. 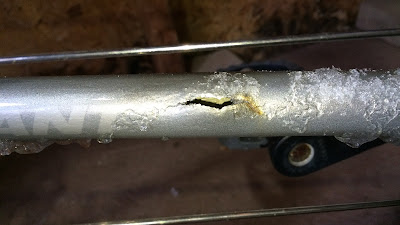 That's a pretty big hole!
The front and rear derailleur looks pretty good but a bit rusty, the brake and shift levers were the same ones that I just recently purchased from Recycle Cycles to replace my old mountain bike shifters. 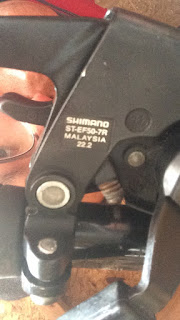 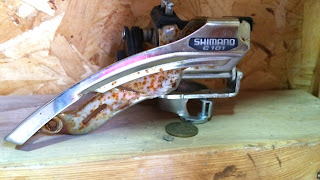 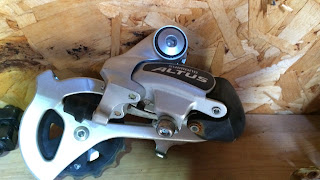 So on my way home from work I bought a can of Rust Check, seeing as there seems to be a lot of online post that says it works and also got some steel wool at Canadian Tire. 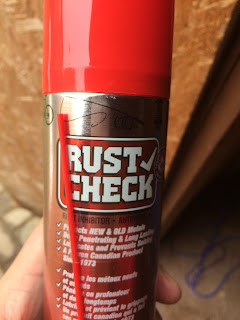 Sprayed a decent amount of Rust Check on the corroded parts and left them there for a couple of hours, the finally used the fine wool to scrub off the rust. All I can say is that I'm pretty much satisfied with the results, I probably would need to clean the derailleur on the mtb once my new work stand gets here. 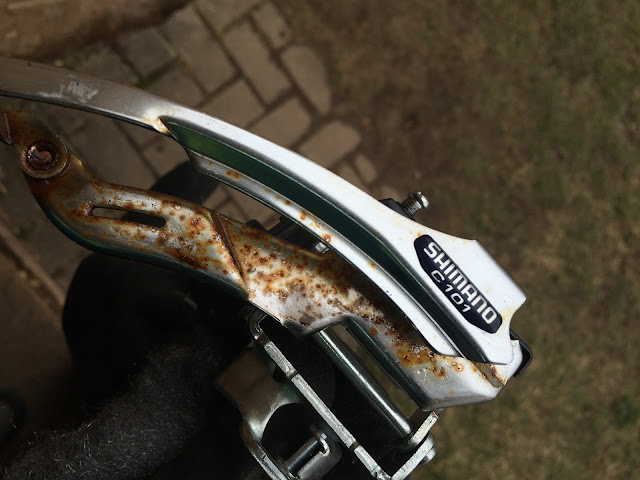 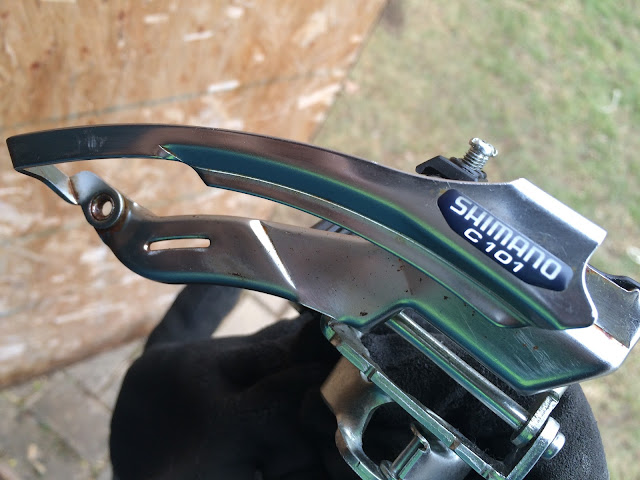 Oh winter I am so getting tired of you, please just go and come back next year. Well even though it was snowing last Sunday we still managed to enjoy our weekend by going to the Kitchener ComicCon 2016 at the City Hall. My kids really enjoyed it and I'm thinking maybe getting passes for next year so they could get some loot bags and stuff. I think we saw 2-3 Deadpools and some really awesome cosplay, the lady dressed as a Pan was awesome, not sure how she did the hoofs but it was really great. 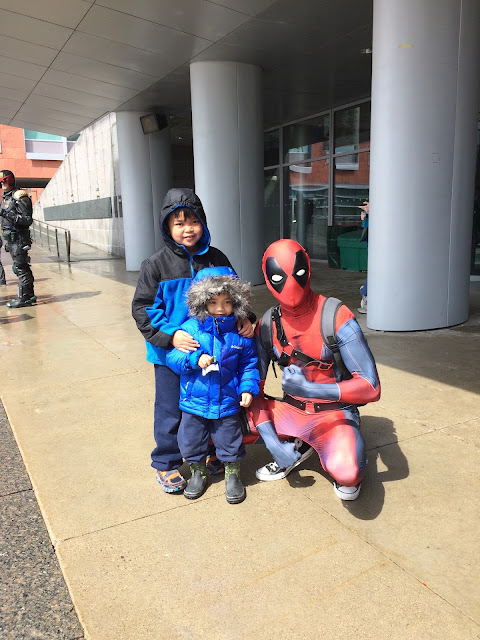 Also visited Recycle Cycles again and worked with Fig to get my rear derailleur replaced, luckily they had a used Shimano Acera lying around, mine had so much lateral play that I think that it what's causing the chain not to shift to a higher gear. I learned how to clean the rear derailleur, disassembled and reassembled it back, this is probably going to be part of my routine cleanup from now on. In case that didn't work and I still had issues I also purchased a set of shifters and brake combo, hopefully I can get that installed next week. 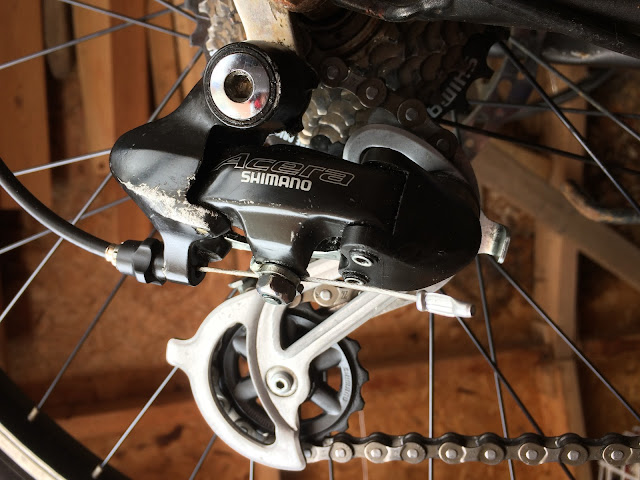 Here's a picture of winter being a total ass, had to basically walk all the way to work, surprisingly the multi-use path at Ring Rd was all clear of snow. For the short time that I was able to ride my bike I think the shifting is working a lot better now, thanks to the new derailleur. Also had to put back my winter tires but that still wasn't enough for the fury of winters revenge. 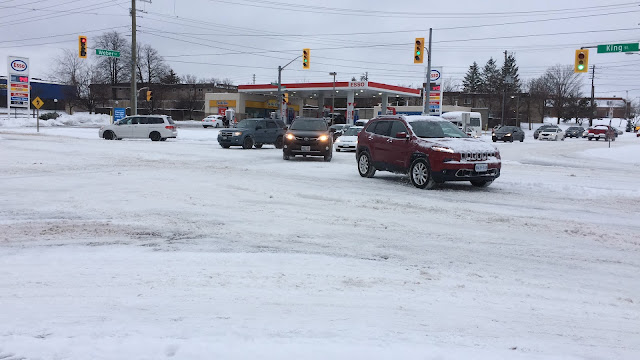